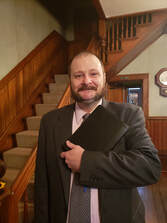 Well, here is my story. My name is Ronnie Scolton and I am forty-eight years old. My life so far has been an incredible journey. I grew up in a divorced and remarried family. I learned about hate, bitterness, and unforgiveness before I even knew what they were. I wasn't attended too much as a young child.  I mostly went and did what I wanted. I became sexualized at about age four, by people close to me... and strangers. My father is a raging violent drunkard who chose liquor over me from before I was born or even conceived. I had an on/off drunkard step dad who never really had any time for me…not hardly any good time that is. I can remember my mother medicating me with Benadryl at a young age it made me tired but...  I didn't always go to sleep though. As an adult Benadryl became my secret, favorite drug to abuse. I began abusing drugs and booze around age sixteen after I was injured in an accident working on a farm. My best dealers were all named "doctor." The depth of sin that drugs helped to facilitate in my life is mostly unmentionable. I lived in my mind in a place that would almost make Satan cringe. But no one ever knew it...however, the Holy Ghost did.

I was sent to religious school for my first couple years and was in and out of churches until my early-teens. I can look back to about four years old and see God being lovingly concerned with me, but I hated him. And I made sure to tell him that often.

When I was eighteen, I met the most beautiful girl I had ever seen in my life. Her name was Amy. She was the unsaved professing Christian daughter of a Baptist evangelist. He and I didn't get on very well. Eventually he ran me through "the Romans Road" and I prayed "the prayer" ....it lasted for three days. I made Amy's last name into Scolton, and thought that was going to make my life perfect. I'm most happy to be married to her to this day, but she wasn't the saviour I needed.
After being married for three years we were expecting my daughter Chelsea. It was just before my twenty-second birthday and three days after my first back surgery. I was very concerned about how I would provide for a family, knowing that my body was on a permanent path of brokenness. So, I figured the answer was with God, and most surely it was, but my question at the time was wrong. Listen now to how for twenty-five years, the spiritual world, and fundamental Baptist deception, and lies, almost sent me to hell...

I knelt next to my bed and prayed like this. "Dear god [notice the little g] I know I've done a lot of really bad things and I don't even deserve to speak to you, but you sent your son to die for those things…” and....BANG! A light came on!  Then immediately following I AUDIABLY heard, "Old body, old body, old body… OUT!" I PHYSICALLY felt an energy drop from the top of the inside of my skull and exit the bottom of my feet! Then I heard, "New body, new body, new body - IN!" I felt energy enter the soles of my feet and rise to the top of the inside of my skull! Then there was a physical feeling in my chest around my heart. I instantly had the impression that I had just been saved. I woke my wife, I called my father-in-law, and we were pretty excited! I quit smoking on the spot with no problem. I dumped out all my homemade booze [I'm a redneck].  I ripped up my pot plants, got rid of my rock and roll, my concert tee shirts, and got a haircut. I went to my local Independent Fundamental Baptist church and gave my magic trick, charismatic, "salvation" testimony; I was welcomed in a whirlwind, got baptized, and joined the church. I was as lost as a polar bear in the Amazon jungle but didn't know it. Long story short, for the next twenty-five years I was in and out of churches but deeper in sin every year. I even went to Bible College to become a preacher, figuring that would solve my problem. But you see, for all those years not one pastor, evangelist, deacon, layman.... NOBODY, [to the best of my recollection] had the biblical sense to even hint to me that I was probably lost. They called me carnal, backslidden, and undisciplined. They gave me direction to read my bible more, pray better, tithe properly, go "soul winning" more often, pass out lots of tracts, and gave me books to read, etc. etc. etc..... Nobody said "diligently seek God." That is, until by the unsearchable mercy of God, I landed at Black Creek Baptist Church and heard the King James Bible properly preached and taught for the first time in my life. I heard the true gospel of Jesus Christ after twenty-five years of prideful, traditional Baptist deception.  Under that, God blessed powerful preaching, the Holy Ghost said to me "Ronnie you are lost." Shortly thereafter I slowly began to diligently seek God. For the next year or so God ripped me up and down and inside and out!  He showed me the evil deception inside me that I loved to do, and feel good about doing it. All the while I was still on drugs. I knew from the preaching that drugs were definitely a barrier between God and I. But I could not quit them. So finally, in desperation I begged God to put hymns in my head when I would get high. He did....and I hated it. I would take thirty or forty pills [I would take one hundred or more in a night, I overdosed many times over the years] and wait for that rush, hoping that there would be no hymns. Just as soon as my spin kicked in, the music would start. I fought it for months. As soon as I sobered up, I would tell God I was sorry, and then do it again. Finally, one night it came to me that God was ready to stop the hymns if I didn't stop the pills. That scared me, so I stopped. I stopped pot also. That was three or four weeks or so before youth week 2020. During youth week God showed me some sin that I had forgotten about. I was by myself in the church late that night and I cried out loud to God in agony over that sin. But it got worse over the next couple days. God showed me that I was evil. I was at the very base level of my nature and existence, sin. He showed me that I rebelled against Him because I liked it. I took pleasure in sinning against God. It was the worst feeling of my life admitting that truth to us. Very shortly after youth week, God gave me my first true understanding of a bible verse.

I UNDERSTOOD  John 3:20 For every one that doeth evil hateth the light, neither cometh to the light, lest his deeds should be reproved.

I was home alone and began running back and forth through my house shouting with a loud voice to God "I understand!" I understand! I UNDERSTAND!"  But God wasn't finished working in me yet. Now shortly later my friend Dale preached a message where he said "You believe the bible and God, that you're condemned, why won't you believe the bible and God to save you?!" That was the shot to the heart! Something in me switched on. My heart said I BELIEVE!  I WAS CHANGED!  I told my friend Dale after service, at lunch "I'm gonna pop." He said then get to popping. He looked at me and said "Ronnie your countenance has changed" It was very soon afterwards early in the morning, after a couple of sessions of prayer with God.  I said basically...., I'm done not believing. I need you and want you and nothing else will do. I believe you took it all, you became my sin. I believe you for salvation. Then I was overwhelmed with this knowledge......... "You are now my servant" WOOOOOOOO! I had assurance that I am a born-again servant of Jesus Christ!

It took me almost twenty-seven years to find Christ after my initial POWERFUL spiritual encounter. TWENTY-SEVEN YEARS! I think it is important for me to go back and explain that encounter now. So, please read on. Why would God allow such a thing to deceive a man for so long? One reason, the big reason, is that the average twenty-first century fundamental Baptist church, pastor and church member, is deceived about what salvation is. Make no mistake, I am saying....that there will be many Baptist people who will stand before the Lord proclaim their salvation and then go to hell. Matthew 7:21-23. The bible says that Satan wants to be like God (Isaiah 14:13-14).  You see I had heard the false gospel of heaven often enough that I believed it and didn't even know it. When I prayed saying I know I did a lot of very bad things and didn't deserve to even speak to God. The devil whispered to my heart that, that was repentance.  It wasn't.  And when I said but you sent your son to die for those things, that, that was believing. It wasn't.  And then Bang! That was the devil swooping in claiming to be Jesus Christ. He came to me as an angel of light (2 Corinthians 11:14).  You see the devil wants to be like Jesus, so he impersonates him. He gives false salvation experiences. The heart of man doesn't really want God, so Satan gives him what he wants. The devil performed a false salvation miracle on me and I bought it. For twenty-five years the Baptist "men of God" told me it was real salvation......we were deceived.